Thinking of You too! 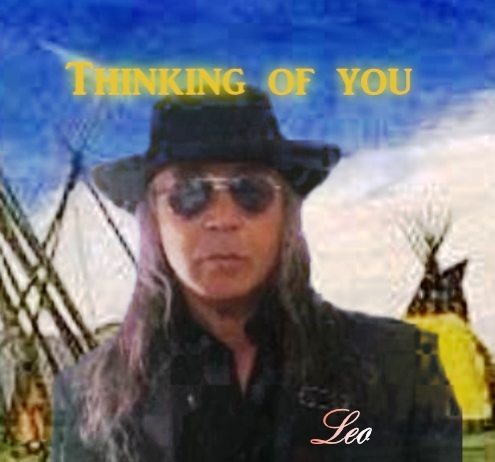 Wow what more can I say to get the point across? I can tell you that I'm an emotional mess when it comes to remembrance and my people. I can tell you that I did grow up with Christian values, but on that now I kept growing up and found there's really allot more to it all than adherence to one particular set of ethics and moral codes. Good is always good and bad will continue to be bad, but it's not so cut and dry in reality there are extenuating variables that weigh in on the scale of judgment far beyond mere mortal comprehension or theological explanations. Sometimes it's just wonderful to put all that on a shelf sit back drink a good cup of coffee and think about all the good and the love we've been blessed to share in this life and to wish the same for others!

Why do I feel the need to explain? Who's listening?

I don't know why I feel the need to explain, I guess it's just me and the way I think. Nearly every time I've loaded one of my projects to widgets anywhere on the web I have always felt the need to go back and re-mix, edit or just to do some tweaking in general. This last song "Thinking of You" is no exception..!

I do my own recording and mastering work along with the instrumentation and vocals so I've had to learn by trial and error...story of my life! But I really wanted to share this with you because it seems as though the more I write and work at it the more of my soul ends up getting poured into it. It takes it's toll son me sometimes I'm not sure what it is I just feel it.

The whole point of me doing this thing is so you can hear and hopefully get a feel for it. It really does come step by step! It feels so worthwhile when you know someone else feels it and is willing to step up, and just say so. A friend of mine from days of old recently reunited gets a big kick out of it and isn't ashamed to say so. There are a few others like her who I've never even really met in person as I'm sure there are many who just listen and prefer to stay in the background. I know you're there because I watch my play and view stats. I just want to thank you for being there and to let you know (I know) it's working as much as it is because of you.

She Dug A Hole (Explained)

I know some of you can relate to having to separate from someone you care deeply for and that's what this song is really all about. Although it gives light to certain other imagined details of the relationship it also served as a way to vent some pinned up emotions and frustrations.

In the real world I don't know whether or not we may reconcile, but given my track record over the years with my significant other I imagine reconciliation may be in the future forecast if honest effort is applied to sorting out the dilemma.

Now as for the song and arrangement that leans toward another area of interest in my two most favorite authors/writers/arrangers. Mr. Smokey Robinson and Mr. Phil Collins. Of course I had to throw a little bit of me in there too, but Smokey and Phil are the two most inspirational "cry in your beer" guys I know when it comes to talking about pain and the failings in relationships.

I can almost see them singing certain parts in the song. For instance the "I Gave Her..." Chorus rings of Smokey Robinson and the bridge with the horn section breaths out Phil Collins. At least that's the way it came out to me.

I did the drums as straight forward and simple as I possibly could hoping my drummer finds this one an easier track to deal with. Heck, everything in the song is simplicity to my style from bass to keyboards, but I must admit the rhythm guitar track only came into play after multiple takes as I was hoping to find something that stood out as different than the norm.

Back to the relationship; Wish me luck if you will because in reality I'm truly at a crossroads.

Thank you so much for being in my life,